The store will not work correctly in the case when cookies are disabled.
Close
Skip to the end of the images gallery 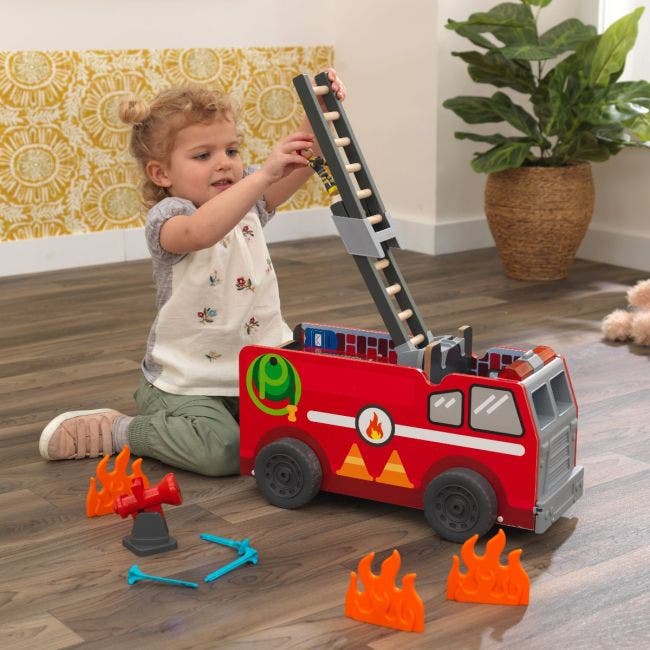 Skip to the beginning of the images gallery

Special Price €55.24 was €64.99
Help is here!! Ignite imagination with the cleverly designed rolling vehicle and play set in one. The KidKraft Adventure Bound™ 2-in-1 Transforming Fire Truck Play Set lets kids act out rescue role play with hands-on action. The included fireman can hop in the cab of the truck, turn on the working siren and head toward the next emergency. When he arrives, he can lift up and extend the ladder to rescue people from burning buildings or cats from trees. Open up the sides of the truck and stand it vertically to reveal an amazing three-level fire station/training center. One side has the familiar fire pole, uniforms and fire equipment. The other side is a practice facility to train firemen. Set up the flames inside the building, then aim the cannon to shoot a gush of water and knock out the fire. Learn all about the exciting lives of first responders with the 2-in-1 Transforming Fire Truck Play Set.